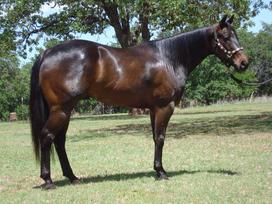 THE DAHLENS
By Jan Dahlen

“Well, horses are a disease you know and once you catch the disease you never get over it!”   -Jan Dahlen

Back in the late 60’s & early 70’s I remember a lady coming up from Iowa to SW Minnesota’s gaming circuit. My sister and I were the ‘little hotshot’ barrel racers (around 10 to13 years old). When this lady (and her family) came up from Iowa they would virtually show us all how it was really done. We learned our lesson in humility realizing we weren’t ‘all that’ when we found out quickly that anyone could get beat on any given day. However, this did not leave me feeling defeated but instead wanting even more--I was in awe! My parents liked to watch the Dahlen’s run but I would secretly hope they didn’t show up. Luckily for us she wasn’t part of our ‘association’ group and we weren’t losing any of those year end points…lol. We came to know and like Jan, her husband, Mike and family very, very quickly...on your behalf and with the utmost greatest respect for Jan & Mike and their family I asked if they would give us some of their family’s history and how they became such experts at picking out top-of-the-line prospects. The horses they choose still continue to win some of the biggest events around the country…

I had always had horses when I was younger. My best friend, Barb Pratt’s family had a sale barn and one time there was a horse at the sale that I climbed onto to try him out during lunch hour at school. He ran away with me and dumped me in a pile of lumber—needless to say I didn’t look too good when I went back to school.

I sold my horse when I entered high school and didn’t get another one until after I was married. Mike was a band director and I had gone to a meeting and met a gal who barrel raced and she invited me to come ride. Well, horses are a disease you know and once you catch the disease you never get over it!

I wanted to buy a horse and Mike said that was fine but he didn’t have any time for horses so I’d have to take care of it myself. Not long after, I called to tell him I was going to ride—he didn’t answer. When I got to the barn, the horse was gone. Mike was out riding the horse along with a coach from school, who was on his horse. Mike had a horse within a couple of weeks. This was in 1965. We had two $175 horses, a $200 homemade trailer and away we went.

In 1967 we were living in Sheldon IA and bought a nice horse named Bullet. We paid $500 for him so I had to have some jobs to help pay for him. I remember one time I had four shifts in a row, 9-4 working in accounting, 5-10 in a retirement home, 11-7 plucking chickens, and back to 9-4 working in accounting. Needless to say, when the horse was paid for I quit some of my jobs.

We moved to Iowa City, Iowa in 1985. Our children growing up were always involved in horses as well. Keith now lives in Phoenix AZ and he and his wife Cheryl have one daughter Alyssa. Craig and Lori (neither one married) both live in Iowa City, IA and manage the family’s mobile home park.

Through the years there were many horses…in 1989 we got Dynamizer, followed by Short Prospect, and then Leas Magic Moon—I won the Senior Barrel Race at Augusta in 1999 and set a new arena record for Seniors on him. In 2001 we bought Red Hot Rebecca who won or placed at many futurities. About that same time our son, Craig won first place 3 different years on 3 different horses—Run a Risk, Long Island Ice Tea and Grammas Memories. In 2003 we purchased Red Headed Jonsey, who set several arena records and won the BFA Derby Horse of the Year in 2003. In 2004 at Fort Smith, Troy Crumrine rode Jonsey in his trial run of 16.300 which is the fastest time ever run there. His final run was 16.486 and he won the Fort Smith Derby. He also won Derby Horse of the Year again and received another Groundhog Arena Groomer. I was emotionally attached to him, which made it extremely difficult to sell him. Another notable horse was Reasy Dasher, out of Dashin Is Easy and Sixarun Sarah.

Hoosier Fame won Fort Smith Futurity in 2009 and Derby in 2011. He won approximately $150,000 in the time that we owned him. Paul Martin encouraged us to buy him at the OK BFA Sale which we did after we saw him run in the exhibition. Paul had started him on barrels and thought he would be a great fit for Troy Crumrine. After Mike saw him turn the second barrel he said ‘we gotta buy him’. Hoosier is a Dash Ta Fame gelding out of the Dash For Perks-Jet View mare Time to Perk. Tiany Schuster is presently rid-ing him and doing great!

One of my favorite horses to ride was Packin Ta Fame out of Dash Ta Fame and Packin Sassy. Although I never competed on her, I really liked her. We bought her from Kelly Carr of Louisville KY. We happened to be parked by them at Ft. Smith and I was asking about her—I gave her to Troy and he did really well on her.

This year we bought a horse about 3 weeks before Ft. Smith from John and Sheila Ricketts. We gave her to Troy and after 2-1/2 weeks, he still ended up 10th in the finals at Ft. Smith. Her name is Luv Bugz, a Future Fortunes mare and we are tickled to have her. She is by Famous Bugs and Ante Up Six Pack.

RED CARPET ZOOM
And then there is Red Carpet Zoom aka ‘Zoomer’. We were at the Lance Graves Futurity & Sale in 2013 when Mike saw Red Carpet Zoom and really liked him. Mike thought he really had a nice demeanor and a kind eye, as well as a good boned frame. If a horse is out of a stallion that is not a household name, people have a tendency to shy away and we try to look at the individual horse and hope it all comes together. Of course we bought the horse and did not have a trailer with us to bring him home! Our good friends, Randy and Donna Schrock were with us and suggested that Mark Bugni might be able to take him to his place—Mark took him home, rode him, liked him and kept him. According to Mark, Shannon and David Witcher from TX had put an excellent start on the horse. Mark liked him from the very beginning and brought him along without pushing him (along with Rick McIntoshe) and to this day, Mark has won over $90,000 on him. He was 2nd in the Slot Race at Kinder, LA and won the Ft. Smith Futurity. Red Carpet Zoom is now qualified for the 2014 AQHA World Finals.

What We Look For In a Horse!

A good feeling about the horse—they may have several things that you might consider to be a defect but you cannot measure the heart of the horse. It always helps to see them work a barrel so you can see what kind of a move they have turning a barrel.

We’ve always liked Dash Ta Fames, but never get hung up on pedigrees.

Any success we might have had, we give credit to the abilities of our trainers and riders, namely Troy Crumrine and Mark Bugni. Like they always say…”Luck is preparation meeting opportunity.”

Throughout the years, Mike has been the farrier, vet, driver (I help too). It’s been a wonderful hobby and we have enjoyed it so much, doing this together over the years. We feel really blessed that we’ve been able to have some good horses, but you know it really isn’t just about the horses, it’s more about the people you meet along the way.