ARE YOU PREPARED TO WIN?

Why don't the best athletes always win? How can someone compete at the best of their ability all day and then fall apart moments before they clinch the victory? Why do some people execute the fundamentals flawlessly when practicing, but are unable to execute during the game or competition? These are questions that have fascinated me for several years, as a competitor myself, as well as a coach. I have studied continuously to gain a better understanding of all the factors that effect human performance and to answer the questions posed above.

Obviously, there are numerous factors that affect our behavior and performance, but according to a study done by Professor of Psychology, C.R. Snyder, the author of "The Psychology of Hope", there are two major predictors of success in any endeavor. After analyzing numerous variables including personality, physical traits, attitude, and IQ, Snyder concluded that goal orientation and mental toughness were the two most important predictors of success. If individuals have a clear focus of what they want to achieve and they have adopted the attitude that nothing will stop them from achieving it, Snyder concluded that those people have the greatest probability to be successful. Read more...

​Whether or not you are a fan of golf, you can appreciate the feeling a golfer feels when faced with a ten foot putt for the win of a major championship. Throughout the day, he has played well and made several shots that were much more difficult and now all he has to do is make this easy putt to clench the victory. As he approaches the hole, all of a sudden he starts to hear voices he has not heard all day. First, he hears the voice of doubt, which makes him start to question his method. Next, he hears the voice of fear, which starts asking him questions about what will happen if he chokes. What will everyone think and say? Finally, he hears the voice of criticism telling him all of the mechanical moves he will have to make in order to make the putt. The golfer has been focused an played great all day making some difficult shots and being emotionally resilient when making a few mistakes. Now the championship is on the line and all he has to do is sink an easy ten foot putt and he is an emotional mess. He begins questioning whether or not he thinks he can win. What happened?

In "The Inner Game of Tennis", author Timothy Gallwey states there is a formula for measuring one's potential in any endeavor; Potential = Performance - Interference. In this case, Potential is the possibility of becoming the best the person is possible of becoming, Performance is the action or the process they are performing, and Interference is what intercedes or interferes with the performance. Mental toughness could be summarized as "Interference management". Read more...

​Imagine it’s an hour before you are getting ready to compete at a barrel race or rodeo. You are saddling your horse, putting on his boots, braiding his mane, and getting prepared. As your mind starts to wonder about how you will perform, how your horse is going to do, how much money is on the line, and who is in the stands watching, you begin to feel the butterflies flutter in your stomach. You go to your pickup, reach into your console, pull out your earbuds, and find your favorite playlist on your phone. You don’t know why, but you know listening to music like AC/DC, Metallica, or Eminem makes you feel less nervous and pumps you up. As the music starts, you begin to feel yourself loosen up, the butterflies calm down, and you feel more poised and actually start looking forward to your run. All you know is that you feel relief from the anxiety that was starting to take over, but you have actually increased your odds of perform-ing better by putting yourself into your Ideal Performance State. Read more... 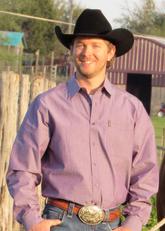